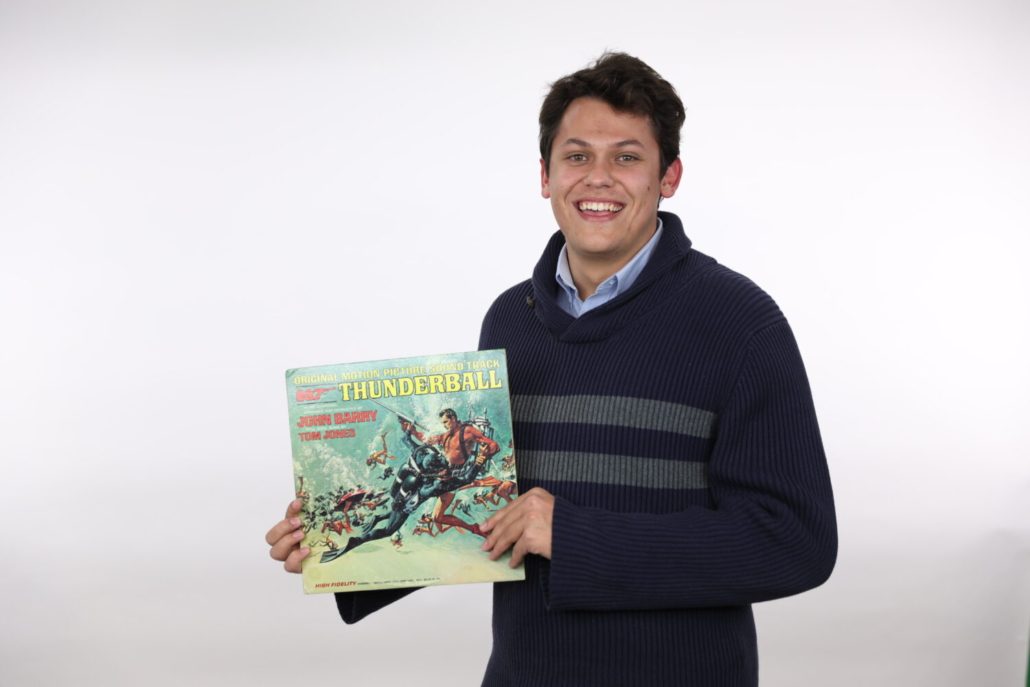 While Jackson’s area of expertise lies in the creative department, he occasionally lends a hand to producing and filming as well. A recent graduate from Asbury University with a BA in Film Production, Jackson’s passion is storytelling.  And whether that passion is funneled into writing scripts, acting in a play, or making movies, Jackson is here to tell the tale.

Fun Facts:
Jackson is an avid movie buff and loves films from all genres and any year. Some of his favorite films include Casino Royale, The Princess Bride, Aliens, La La Land, North by Northwest, and his all-time favorite Lord of the Rings (the whole trilogy, don’t make him pick one, he had an extensive internal monologue when we asked).  Jackson also recently got into vinyl records and enjoys collecting film soundtracks (such as the one shown above).  In his free time Jackson is known to be listening to his soundtrack records while he writes new little movies to shoot with his friends on the weekends.